Summer release is a free brand new single featuring a reformatted band and a guest vocalist. 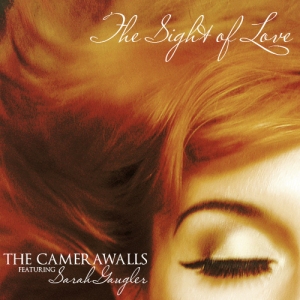 We are all set for the digital release of  our summer theme entitled “The Sight Of Love” by our banner artist, The Camerawalls, on Monday, February 22, 2010. The single will be released only in digital format and may be downloaded for free from the following official websites: http://www.jam883.fm (for JAM 88.3), http://lilystars-records.com (for Lilystars) and http://thecamerawalls.com (for The Camerawalls).

“The Sight Of Love” counts as the band’s fourth official single, following “Markers Of Beautiful Memories,” “Clinically Dead For 16 Hours” and “Solitary North Star” which are all from their first album, Pocket Guide To The Otherworld, released in 2008. The new single features The Camerawalls now with a fourth member—guitarist, Pao Peralta—and guest vocalist, Sarah Gaugler from the electro pop band Turbo Goth.

The release of “The Sight Of Love” is a ‘thank you’ gesture to the supporters of Lilystars and The Camerawalls for the encouragement they have been giving the label and the band. The label’s efforts have been warmly received since its first release of singles in physical and digital formats in 2009 from its other artists, The Bernadettes (“Let’s Make Babies”) and Turbo Goth (“Morning Swim”). Both singles achieved calculated success in terms of promoting the songs and the artists, growing their popularity in the local music circle. In addition, the releases have strengthened their presence in the wired world, allowing listeners outside of the country a taste of world-class music by Filipinos. Lilystars is the first record label in the country to release singles in the mentioned formats along with bonus remixes.

We partnered with two powerful platforms for sharing music in the release of “The Sight Of Love”—local radio station, JAM 88.3 and music sharing site, SoundCloud. The single was debuted by JAM 88.3 on its “Sundown Rundown” program last February 15, 2010, after which the radio station immediately received requests to replay the song. JAM 88.3 has been a partner of Lilystars in its earliest days, strongly supporting the label’s artists, events and releases. SoundCloud on the other hand, is one of the best and newest music sites dedicated to moving and sharing music. Easy sharing and distribution of music files through customizable widgets that can easily be embedded on networking sites like Facebook, MySpace, Twitter, Multiply, E-mail and various blog sites among others have made SoundCloud the ideal medium for this venture and may one day even be the music industry’s antidote to music piracy.

A music video to promote “The Sight Of Love” is scheduled to premiere in Summer 2010. Planned too is a provincial tour to promote it as well as The Camerawalls’ customary appearance in Lilystars’ regular events/gig production called “The POP Shoppe!” Also much anticipated is the live video for the single and the band’s first television appearance as a four-piece on music channel, Channel [V], expected to air in March 2010.  As its first official kick-off event, the single will be launched at The POP Shoppe! on Wednesday, February 24 at Route 196 (Blue Ridge, Katipunan) with performances by the complete roster of Lilystars’ artists and where a limited number of CD-R’s of “The Sight Of Love” will be given away to guests for free.